The most life affirming film of the year is a documentary about death.”

This extraordinary film interweaves the stories of three close lesbian friends: Joyce Fulton, who died over the course of two years from a brain tumor; Mary Bell Wilson, who, with indefatigable courage, faces up to her own losing battle with lymphoma; and Nan Golub, a black-leather-jacketed, platinum-dyed New York city artist, very much alive. Liberty demystifies death, dispels misinformation about age and sexual orientation and reminds us that life is worth living, even worth celebrating. 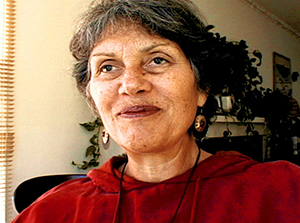 “Incredible and moving. Liberty manages to make death and dying real and, at the same time, full of love and support.This is the way all of us would like to die, I suspect.”

“A beautiful program. Courageous and joyful.”

“I showed Liberty to my class in Death, Dying and Bereavement today. Students learned a lot from it, smiled and laughed at the humor, felt sad over the sad parts, and rejoiced over the happy ones. Many of these are things we’ve been talking about in a theoretical manner. This made them all come alive!” 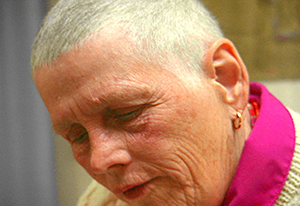 “For those who work with older adults, Liberty offers thought-provoking perspectives on care giving, the need for culturally sensitive services, and the diversity of family structures.”

“Liberty vividly portrays the value of friendship and support in caring for the sick and dying. A must see for my gerontology students in ‘Women in the 2nd Half of Life’!” 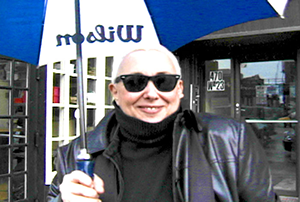 “We can learn many things from this film: what constitutes family; what kinds of support people need when facing surgery, cancer treatment, and death; and how we can enhance that support.”

“An extraordinary celebration of lesbian community.”

InFACT qualifies documentaries for consideration in the Academy Awards®